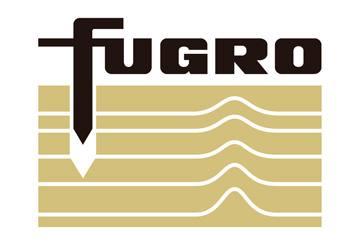 Fugro, an independent provider of geo-intelligence and asset integrity solutions, is currently undertaking an ambitious project to align all elements of the company - globally. The core objective is to present a unified business to its clients, across all its service lines. Fugro is a global organisation with about 10,500 employees, delivering measurements and other large volumes of data worldwide. Naturally, for such a large company, embarking on a process improvement journey of this scale represents a substantial endeavour.

We were delighted when Terry Giles, a quality engineer at Fugro who has been working on this project, took the time to share with us the success of the first phase and the next steps planned for this group-wide improvement project. 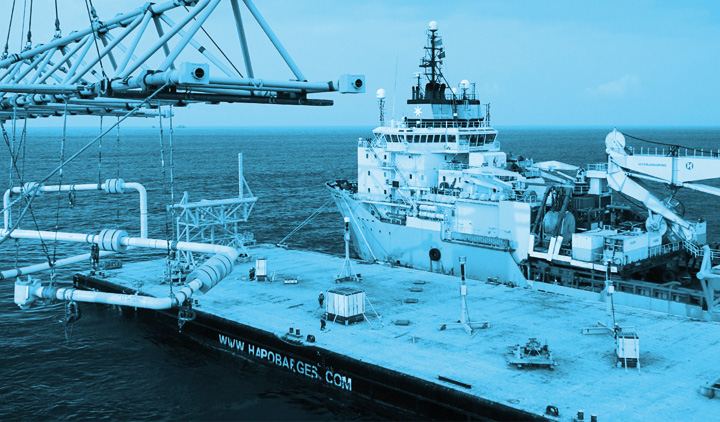 In January 2017, Fugro began a process to become a business that is more customer-focused, changing its structure to align with the services it provides. This new model led to the same processes being used in different ways across several countries.

Fugro undertook a project to identify best practice processes and standardise across its Europe and Africa region. The objectives were to set up a common Information Management System (IMS) together with a common ISO certification for 9001, 14001 and 18001. Starting with the QHSSE and project management processes, a pan-European project team was formed to carry out this alignment.

Terry Giles was able to exploit his expertise with the Triaster platform, which some parts of Fugro in the UK had been successfully using for several years (and had been selected as the platform for this project), to help move the process improvement project forward. His remit aligned with the first phase of the project: to create one IMS for Fugro’s Europe and Africa region - a Triaster Process Library - and to promote its use to the rest of Europe.

The Project: Phase One Creating a Common Process Library

The project revolved around bringing together the common elements of the Information Management Systems from the Fugro businesses that provide marine site characterisation (MSC) services in Europe and Africa.

One of the project’s key challenges was, “to identify both the level of commonality that would be required and the degree of freedom that could be allowed to each entity to meet local conditions.” The concept of tailoring described in the CMMI (Capability Maturity Model Integration) was taken as a guide.

Because of the importance of the project management process to Fugro, this was chosen as a focal point of the project. Mapping the end-to-end project management process with the associated documentation and then publishing them in the Triaster Process Library was the first step. The next was to bring on board each country entity starting with Fugro GB Marine Ltd (FGBML) with offices in Wallingford, Portchester, Edinburgh and Glasgow. This entity was chosen primarily because it had some experience with working with Triaster and key personnel were based in Wallingford with Terry.

Originally, the project team had been using SharePoint to store and manage the maps and documents used for centralised project management processes, accessing them via the Triaster library. However, issues had arisen around the need to constantly sign-in to the SharePoint site every time a map or document was accessed, so it was decided to migrate all the maps and documents in use to the local Wallingford Triaster server.

The wheels were set in motion: maps and documents were collated and put on the system, a home page was designed and agreed, and the library set up. This design is intended to be the template for all libraries within the Europe and Africa region. Two key design requirements were that:

The FGBML home page was launched at the end of August 2017, generating a very positive response. As a back up to the launch, a training package including documented guides was developed for local library administrators in each local service line, to handle updates to maps and documents held in their sections of the library. 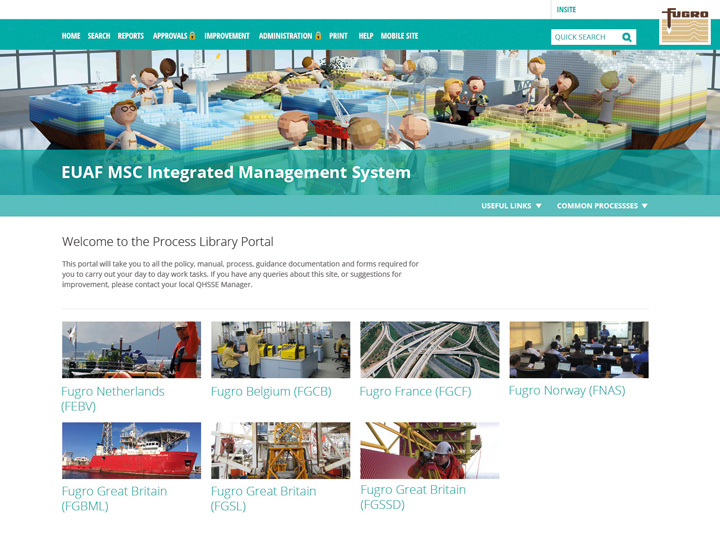 Following the successful launch of the pilot, it was decided to roll the system out to several other European countries. This resulted in a decision to move the process libraries from their base on a server in Wallingford to one in the Netherlands, where Fugro is headquartered, thus providing easier access to other European locations.

Several other Fugro entities have now begun to load documents and maps on to the system and have started using the library. The project is ongoing with new entities showing interest.

The Benefits to Date

One of the drivers for the project was to ensure that users see Fugro as one consolidated enterprise with a single look and feel, [Terry explained.] The first phase in this project has now been successfully delivered, with firm foundations in place for the next phase.
Terry Giles, Fugro

While the monetary benefits are still being quantified, Fugro is expecting to see significant savings with the full roll out of the project management process based on the use of common documentation and forms leading to consistent customer project reports. In addition, unified and mobile-friendly solutions are now being provided to Fugro users working in the field.

The project will next be rolled out to the remaining MSC businesses in the Europe and Africa region to ensure that all entities have their IMS published in libraries that are accessible by all locations. The next steps will be twofold:

This project also ties in with another project to obtain a single ISO 9001/14001/45001 registration across Fugro’s MSC business in Europe and Africa, requiring one common set of key processes, supplied by the integrated library and used by all. This will result in substantial saving in terms of both registration fees and audit time.

Triaster is delighted with the benefits that Fugro has observed in the first phase of this ambitious project and looks forward to supporting the company as it rolls out the Triaster IMS to the rest of the group. 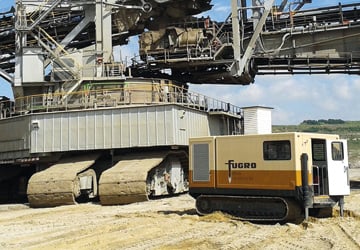