Creating a Culture of Quality and Continuous Improvement 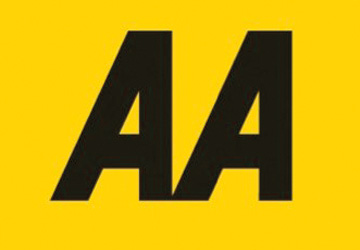 In the run-up to the September 2018 deadline for transition to ISO 9001:2015 Mark Braham - CQP, FCQI and CQI category A liaison at ISO/TC176, the international working committee responsible for writing ISO 9001:2015 - generously shared his extensive knowledge about ISO 9001:2015 with us all, in a series of Connector and blog articles and also the white paper, ‘How to Achieve ISO 9001:2005’. 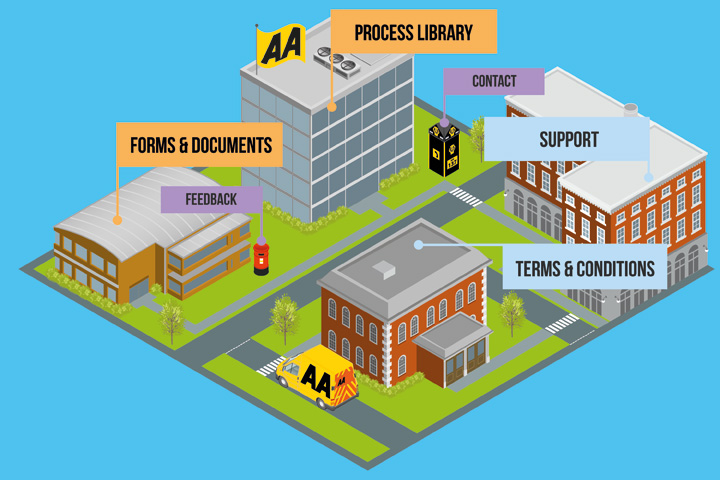 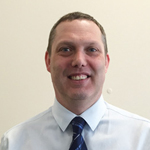 Mark does however also have a day job…Head of Business Assurance at the AA. In this role, Mark heads-up the team that evaluated, chose and implemented a Triaster System as the core Integrated Management System for most of the AA. In this article he shares that process with us warts and all, as well as the results and what’s next.

Introduction to the AA

The AA was founded in 1905 and is the UK’s largest motoring organisation with over 15 million members and with more patrols than anyone else in this industry. It currently provides car insurance, driving lessons, emergency breakdown cover, loans, motoring advice, road maps and other services.

Quality culture and management is very important to the AA and their Integrated Management System (IMS), known as AAIMS (Aims to be the best, Aims to Continuously Improve) is now central to this, as Mark says, “Our IMS sits firmly at the heart of the AA”.

The problem: an IMS in need of an upgrade

In 2011 however, Mark Braham and his team certainly did not feel that their IMS was firmly at the heart of the company. They knew that they needed to update their Business Management System in order to both ensure compliance with new ISO standards and to support a culture of continuous improvement within the AA.

At that time their Business Management System was eight years out of date and five releases behind the technical version. This situation had arisen because their system provider (Nimbus) had been acquired (by TIBCO) and the new owners did not upgrade the AA’s system.

When they approached TIBCO, the AA were told that it would cost £370K for the upgrade – a figure totally disproportionate to the £2.5K a year they were paying for the system. In addition, following the upgrade there would be lost functionality and negative changes. On top of this, in future there would be a fee to license all end users of the system – adding a further £5.5K cost a year, plus the administrative burden to update leavers and joiners.

Finding the Solution: A Rigorous Journey

Mark and the Business Assurance team began by compiling a list of candidate systems drawn from referrals, networking, contacts and research. This included six potential systems.

All six commenced a rigorous three-round process in order to find which was the most suitable system for the AA.

Triaster’s cost model is clear and transparent with nothing hidden.

Round one was a two-hour meeting with each company. At the end of these the team eliminated three BPM organisations due to their lack of technical support, training, general help and user interaction at the front end.

This left them with a short list of three systems to take into the next round.

The Business Assurance team then asked the three remaining companies to map a few of the AA’s current processes in each of their software and present them back. Each presentation was measured against 25 high-level criteria set by the team, including:

Triaster scored 24/25, with the one mark lost because of the number of activities per page - although Mark has now admitted the benefits outweighs the negatives. The two other systems’ scores were nowhere near Triaster’s.

Mark started to worry that Triaster was over-promising on what they could deliver, so he and the Business Assurance team decided to speak with several of Triaster’s customers, to hear their feedback.

They first spoke to Fugro, who gave them a demonstration and were clearly very happy with Triaster. Mark worried that as Fugro work in the same building as Triaster, they might get special treatment. However, the AA also received very positive feedback from all the other Triaster customers they spoke to.

Triaster told us we could contact any customer about their user experience, rather than just a couple of their favourites.

For the final part of the evaluation process, the AA undertook a free trial of the Triaster system. The end- result was assessed by high frequency business management system users, who rating it on a scale of Poor to Excellent. They were asked to evaluate the system against a set of criteria, some of which were:

The majority of users rated Triaster Good to Excellent in all criteria and the decision was made to proceed.

Triaster develop their system constantly and listen to end users via the User Group. Not only that, they have implemented changes that delivered on the AA’s specific requests.

To secure the budget a business case was of course needed.This stated that purchase of the Triaster BPM system would deliver the following benefits:

Funds secured, the implementation could begin.

The technical implementation of the Triaster system was straightforward, but the conversion of the approximately 12,000 process maps which had been created using their Nimbus system, initially looked to be a massive challenge.

However, Triaster developed an automated conversion route, which saved the AA many thousands of person hours and significant cost.

Triaster work hard to keep their customers informed. The Connector newsletter, the blogs, and all the information they supply - it’s very, very good.

That said, with the benefit of hind-sight Mark would do things differently next time and start the process mapping afresh with the new system – thus ensuring that none of the legacy system issues are carried forward into the new system. At the time though, the business assurance team was very small and lacked the time to do the detailed process mapping required. Especially since the AA goes beyond process mapping, and maps at the procedure level or work instruction level because this is the preferred method for their end users.

An IMS at the Heart of the Business

In accordance with the AA’s initial objectives for their IMS, the Business Assurance team’s first task was to meet the requirements of ISO 9001:2015. 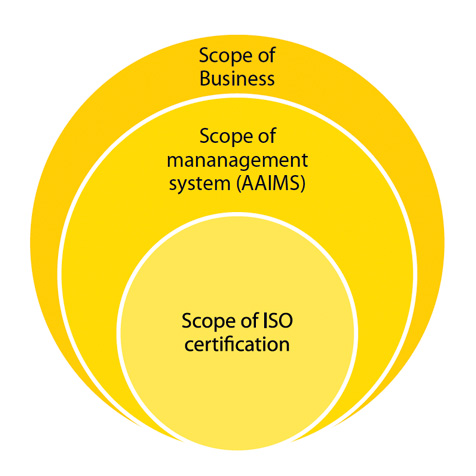 Right from the start however, Mark and the team were very clear that this would only be the start-point. Their IMS would be about delivering continuous improvement to the whole organisation. In fact, Mark’s utopia will be when the three circles in the diagram above all cover the same area/scope, and the entire customer journey is mapped using value stream methodology. 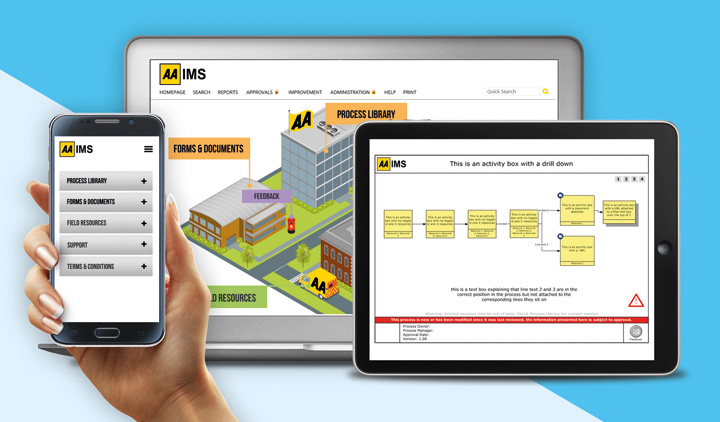 Accordingly, the team have now processed mapped 84% of the AA’s processes. This covers the work of nine business areas and 6,500 employees. The process maps are captured in two ways, either using Triaster process mapping software or Visio Templates in A3. As Mark says, “We process map every department either with Triaster or Visio Templates, as Visio can just be published in the system without conversion”.

Currently the team are focusing on process risks and opportunities - both capturing risk in a Risk Register and putting mitigation plans in place - and capturing 194 business change opportunities (to date). This is proving really popular with the wider business, who now routinely request business reviews (audits) by the Business Assurance team (who are fully booked out six months in advance) - something which is unheard of in most organisations!

As well as driving and supporting a culture of continuous improvement, the Business Assurance team can quantify Business Improvements of between £250K and £350K each year (well in excess of the £200K per annum initially promised). Mark shared some examples of how these savings have been achieved.

The average call handling time for each call to the call centre was reduced by 3 - 10 seconds per call. With 6.5 million calls handled each year – this resulted in a massive cost saving.

Audits found that some tools were not being used by the patrol teams. As a result, these tools were no longer issued. With an organisation the size of the AA – this resulted in a huge cost saving.

Opportunities were found to reduce the amount of packaging used in parcels sent by post. Again, a small incremental improvement, which saved the company many thousands of pounds.

The IMS is constantly being updated as process improvements are agreed. With quick and easy communication both upstream and downstream, small step changes are made every single day, approved and immediately communicated to the front line - benefiting everyone immediately.

Historically the old management system had a few hundred visits per day, or about 70,000 visits per year. Now with Triaster implemented and buy-in from operational teams, the annual visits to the IMS have increased to over 700,000 a year. Employees are accessing the latest policies, processes and procedures, enhancing the customer experience and getting things right first time.

There are small step improvements made every single day.

Only improvements captured during projects are reported on and verified, whereas small changes - a tweak here and there to processes, suggestions from operational staff - go through a simpler process and while they save time and effort, as well as increasing engagement and employee satisfaction, this is not quantified. It is very probable therefore that the actual savings per annum are significantly higher that the Business Assurance team reports.

The Business Assurance team have been more than paying our own salaries for seven years now – even though we are also growing.

With so much achieved, the AA’s Business Assurance team might be forgiven for resting on their laurels a little, but For Mark Braham it is all about matching the scope of the AA’s ISO certification, with the scope of the Triaster IMS and the scope of the business. So, what’s next is to achieve just that.

With Mark’s vision and the hard work of the whole Business Assurance team - supported by the Triaster IMS - we know it is just a matter of time. 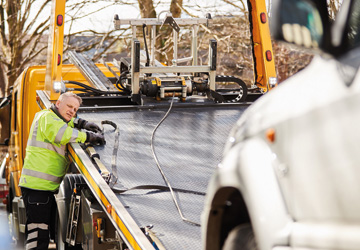