The University of Winchester was originally founded in 1840 as a Church of England foundation for the training of elementary schoolmasters. Growing considerably over the years, it became a General College of Higher Education in 1990 and was awarded University status in 2005.

Also in 2005 a new Vice-Chancellor was appointed who, recognising the need for the University to transform itself into a business, decided that Winchester should get back to basics using the EFQM Excellence model. 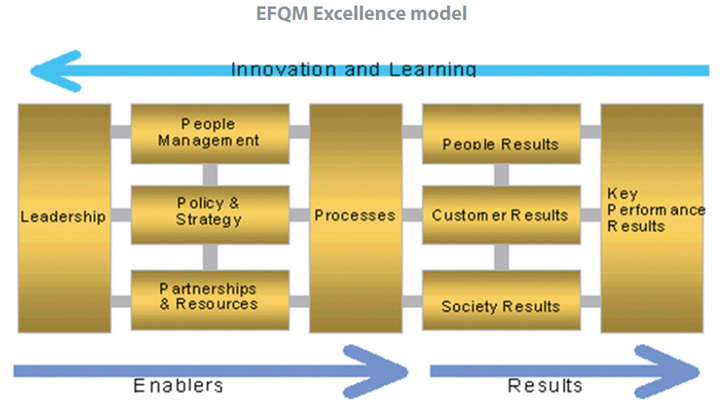 Early on it became obvious that their processes were letting them down. The four faculties all claiming that they each needed different processes and the academics not liking to think of their students as 'customers' - felt to be a dreaded word!

Their process problems, although not too bad, could be summarised as follows:

These gave the University of Winchester a variety of problems, the most pressing of which were believed to be:

In 2010 Claire Lorrain was appointed as Organisational Development Officer and the University purchased the Triaster Solution. The University's AS-IS key processes were quickly mapped and the resulting process maps used to show senior management where processes were breaking down.

In 2011 Winchester achieved the top award of 5 stars in the EFQM assessment 'Recognised for Excellence'. Although a great result, one of the key outcomes of the assessment was to question what are the University's key processes and how can these be improved?

The response was an initiative to improve Winchester's processes by taking a Lean approach, which Claire has summarised as:

A philosophy of work based on application of two principles:

Remembering staff are our greatest asset. It is they who know what works well and what needs to be improved, and who have the ability to suggest and make the necessary improvements.

Continuously looking at our work processes and striving to improve them. 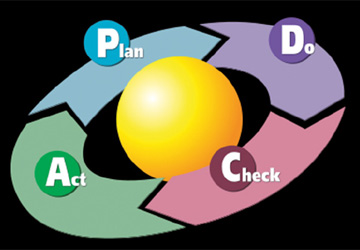 This fed directly into the following process mapping objectives:

In 2011 the University of Winchester went live with their Triaster Process Library, making it accessible to all staff and students and with a lot of forms accessible only through the Library (for example expense claim forms and concession application forms) to ensure that everyone got used to using it.

As students and their parents now routinely 'compare the market' when choosing a University, results in student satisfaction surveys are crucial. Accordingly they prioritised improving some key processes which impacted the student experience, with student satisfaction a key driver:

Following the implementation of improvements for these key process, Winchester jumped 27 places in the 2013 national student satisfaction survey. In addition as well as again achieving 5 stars in their EFQM assessment, they achieved a greatly improved point's score.

Over the course of the (to date) 32 Continuous Improvement projects across the University of Winchester considerable savings have been achieved, which have been re-invested in service provision. This is enabling the University to respond to the increased student expectations arising from the increase in the fees that they are paying, whilst responding to the overall reduction in funding. It also means staff view process improvement very positively, engaging actively and requesting focus on areas they highlight as needing attention.

Ownership of the processes is always given to the staff on the front line - the ones delivering the process who know it best. About 60 staff have been trained to process map, some responding better to mapping in Triaster whilst others, such as finance staff and academics, respond better to data exported to Microsoft Excel. This has really helped to embed the transition to Lean and meant that improvements are adopted readily and positively.

In addition the process improvement team has the authority to make minor changes without going through Committee (which takes about 6 months) and can get things done very quickly. Again encouraging staff to engage with them.

The improvement team at the University of Winchester approach process improvement as follows:

Examples of process improvements introduced are as follows:

The procedure for cancelling a lecture has been considerably streamlined. It had been 'a minefield', with no-one knowing who was responsible. It took 3 weeks for responsibilities to be agreed, but these are now clear and accessible in the Process Library.

The car parking policy, which had originally been written by an academic and was 39 pages of text, has been so simplified - that it can be captured on just one process map. 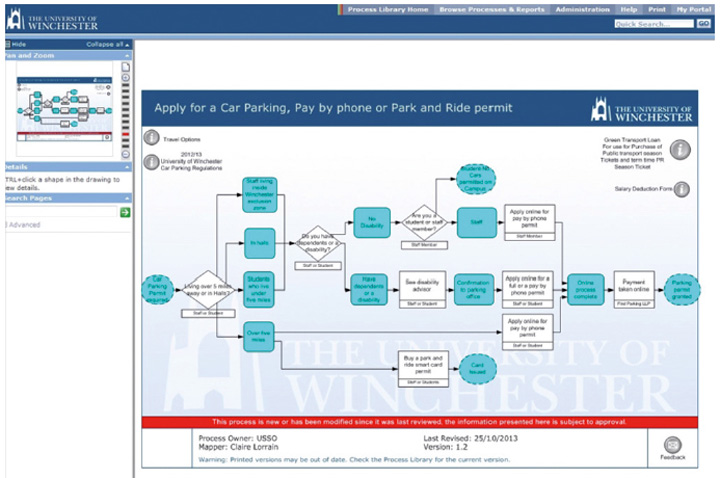 The process for Open Days has been made far more efficient, by the introduction of QR codes and iPads to scan them. This has enabled the number of staff needed to register open day visitors to be reduced from six to just one, and they are now able to focus on greeting the visitors (rather than finding their name on a list). This improved process also enables the automatic sending of a follow-up e-mail to all registrants who attend and a different one to those registrants who don't attend on the day.

A pre-populated on-line form, introduced for the research submission that each member of the academic staff is required to make each year, is very popular and saves at least a couple of hours' time for each submission over the previous system, where they needed to complete a word form.

In 2015 having reviewed how the staff and students were using Winchester's Process Library, it has been restructured to create three Libraries as follows:

This aligns with the University’s objective of trying to make the student journey the best possible experience and it is certainly working.

..and in 2016, they won both the BQF Sustainable Future Achievement Award and the UK Excellence Award. 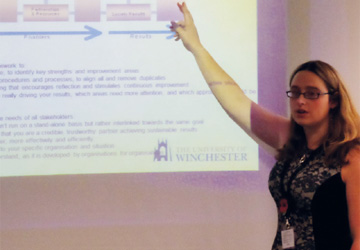 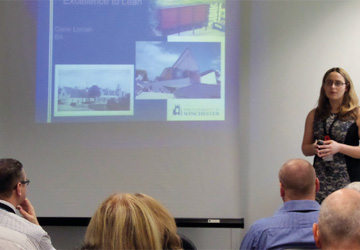 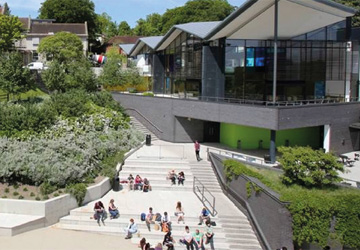