Linda Spinks presents the latest news from the User Group

The March User Group meeting is being hosted by University of Cambridge in the new Information Services building on the West Cambridge site, on 19th March 2014. As I write this, I look forward to welcoming everyone to our great new building.

Please be aware that the March meeting will be the only User Goup meeting this year, as the Triaster Conference in October coincides with when we'd usually next meet. As we will be catching up at the Conference, there is no need for a separate meeting.

The User Group Secretary position has become vacant as Nicky Roisetter; University of Kent, has had to step down following changing priorities within her role. Therefore, if anyone would like to take up this important User Group Committee role, please let me know. For reference travel and accommodation costs are covered by the User Group budget; therefore it is just a matter of taking some time out to attend two meetings a year and typing up the minutes, as well as being involved in the general group decision making process.

The University of Bristol kindly hosted the last Education Group meeting on 29th January. All present were interested in getting more members involved and attending these meetings. The two issues raised were; do they choose to attend the general User Group meeting instead of this Education Group meeting and are smaller institutions restricted by finance? As a result of these questions, they have decided to conduct another survey, this time it will be sent out via Claire Lorrain (University of Winchester). All present wanted to invite other universities who aren't Triaster clients to the meeting, which is welcome, although such meetings will no longer be Triaster User Group meetings.

During the day the group had a break and took a short tour up the Wills Tower. Although it was a cold day, it looks like they had fun!

If you would like to host a User Group meeting please e-mail: user.group@triaster.co.uk 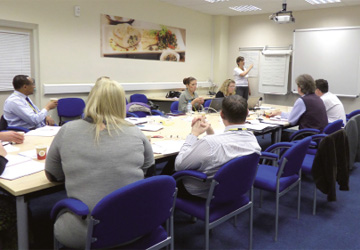 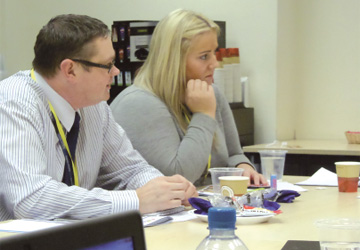