Linda Spinks presents the latest news from the User Group

On 12th March the inaugural Engineering Special Interest group was held at Balfour Beatty Services in Sheffield. It was a really productive day, showcasing new Triaster features which are being used to support particular engineering industry requirements. It was great to have a day focused on engineering specific discussions; a lot of value was achieved from discussing best practise. The idea of having guest speakers from experts in the engineering field at subsequent events was aired, as this could bring even more value to the sessions. All customers who attended the event (as well as Triaster) are looking forward to the next Engineering Special Interest meeting being held at Skanska, in Maple Cross on 13th November.

Linda gave the group an insight into how The University of Cambridge, established in 1209 is now meeting the challenges of present day requirements. There is a real need to see students as customers, just as every other business does, but this will not happen overnight and so Linda - whose role changed in July 2013 to Business Change Manager - is focused on working in different ways to encourage new thinking within the University, so that they don't feel change is being forced upon them (which will not work).

The question of which properties people use now, especially now that many are using the Alerts and Approvals features was a pertinent discussion point. Many customers still collect a number of different date information, so it was good to consider what is most important. There were several people who advised that the last review date is important to them, in order to see when other authors have worked on specific maps. Victoria pointed out that certain properties can be removed, but they will return/show in the list. If customers want to be able to fully delete them they should put this in as a feature request which Victoria will support.

Victoria explained that the essential properties are:

It is no longer a requirement to update the last revised date, but it needs to stay available for now, for customers who haven't upgraded yet or aren't using approvals functionality.

In terms of Reports, the 'Change History' report replaces 'Revision History', as it includes the same information as well as the approver name and date.

In terms of general property use, Julie Mack pointed out how she feels that they should have captured more at the original process discovery stage. However, as Q pointed out, adding data is now much easier to do, by using the Data Manager - allowing process owners to simply add data into a spreadsheet which can be pushed back into the Process maps.

Andrew Ridgeley provided an update on development priorities over the coming year and talked through some of the new functionality coming through in in 2014, with the assistance of Victoria's demonstration of the Menu Page Editor and the Web-based Configuration Settings Editor.

Jo Dolton ran through a general update on upcoming events and advised that the Feature Prioritisation exercise was postponed from March to May, but the results will still be discussed at the next Focus day on 25th June.

Victoria ran through how to clone and some of the tips/notes around this area of the system as follows:

The next User Group meeting will now be in March 2015, further details will be made available nearer the time. In the meantime, we look forward to getting together at the Triaster Conference in October.

If you would like to host a User Group meeting please e-mail: user.group@triaster.co.uk 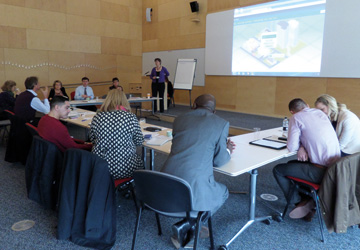 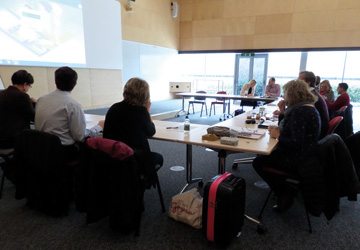